The Burning of Hollyford Barracks

In 1920 twelve RIC Constables or Peelers as they were called were stationed in the Barracks in Hollyford. They were regarded as the eyes and ears of the British establishment and therefore a thorn in the side of the local IRA. Since the previous year (1919) the IRA had developed a policy of attacking police barracks throughout the country and forcing their closure thereby reducing the flow of information to Dublin Castle.

On the night of the 11-12th of May 1920 it was the turn of Hollyford Barracks. The local IRA with its leaders assembled at Phil Shanahan’s house on the Glenough road on the 11th of May. At this time Phil was a member of the first Dáil, elected from a Dublin constituency as he was living and running a public house there. He fought in Jacobs Factory under Thomas McDonagh on Easter Week 1916. It was decided the attack would be led by Earnie O Malley an organiser for the IRA who moved around to various Brigades throughout the country. His second in command was Seamus Robinson o/c South Tipp Brigade. Other officer were Seán Treacy, whose mother Bridget Allis was from Lacknacreena, Dan Breen who was Q.M.G. of the Brigade, Comdt. Tadgh O Dwyer, Captain Paddy O’Dwyer and Lt. Jim O Gorman. Roads were blocked in the vicinity and telephone lines were cut. Robinson and O’Malley with the help of ladders, got on to the roof and with lump hammers broke holes in the slates. They then dropped hand grenades and petrol in through the holes. With the help of turf sods already soaked in petrol they set them on fire and dropped them through the holes. The fire on the upper floor escalated. While all this was happening Seán Treacy, with his covering party, concentrated their fire on the port holes which kept the occupants pinned down. The battle went on all night and as daylight approached the attackers had to withdraw without dislodging the police. While they did not achieve their aim to capture guns and ammunition, they did enough damage to ensure the RIC left Hollyford immediately never to return. 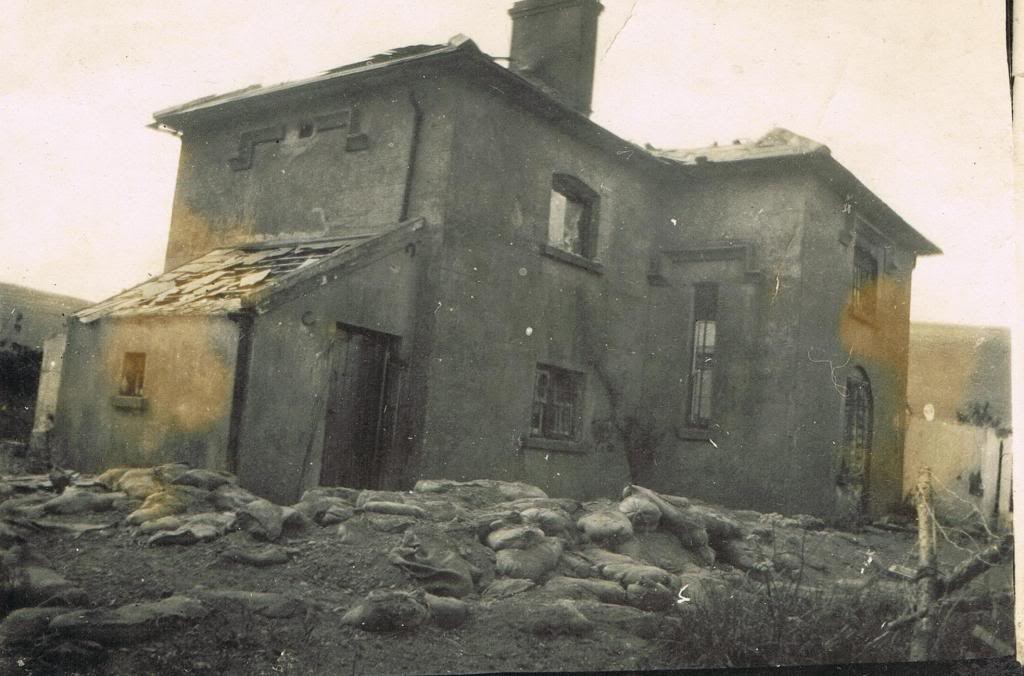 The next occupants, after the Treaty, were the Gárda Síochána in 1948. They were Sgt Ryan, Gárda Casey, Gárda Ben, and Gárda Slattery. Why three Gárdí and a Sgt. why were needed in H

ollyford is beyond understanding. Various changes in personnel took place in the 1950s until Gárda Maurice Slattery was the only Gárda left in Hollyford. In 1965, after a lifetime in the Gárdí, he retired and he and his family moved to Limerick. He was the last Gárda to serve in Hollyford.