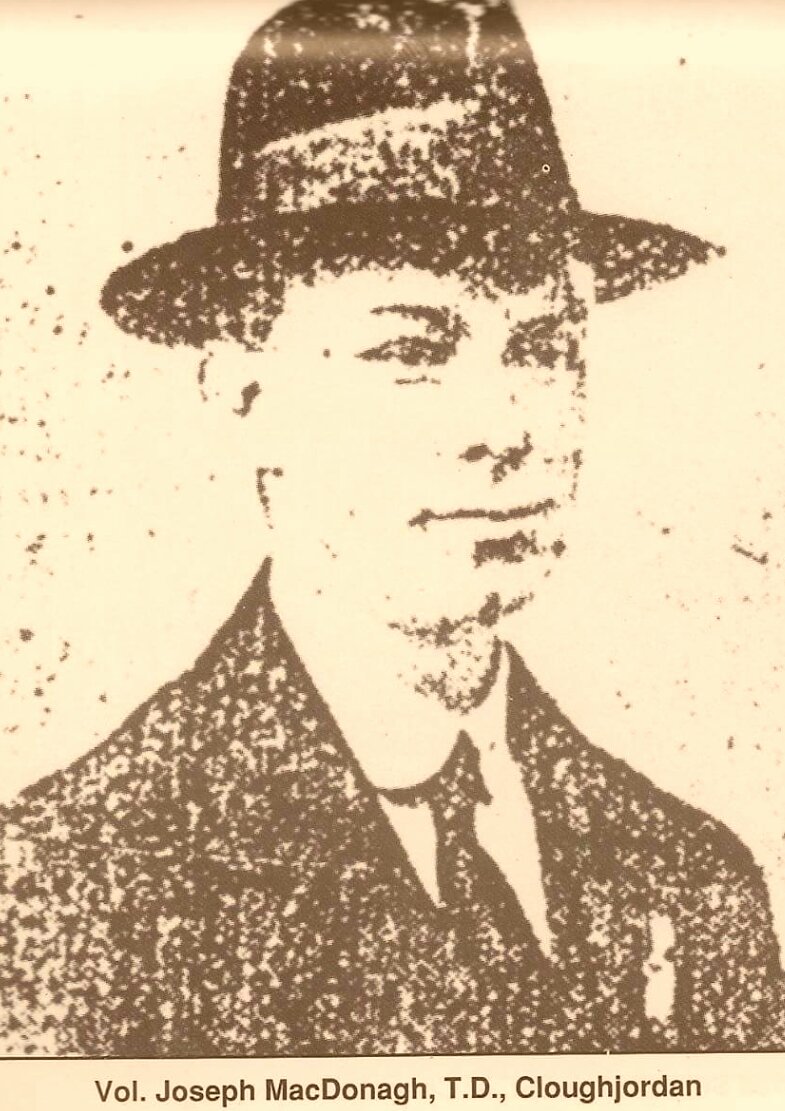 Joseph MacDonagh (1883-1922) was a younger brother to Thomas MacDonagh, one of the leaders of the 1916 rising. He was also raised in Cloughjordan, Co Tipperary and attended Rockwell college. He later worked in the civil service, Dublin.

After his brother’s execution in May 1916, Joseph MacDonagh helped to reorganise sinn Féin, standing as a Sinn Fein candidate himself for North Tipperary in the 1918 general election. Although imprisoned in Reading Jail in England, he was elected to the First Dáil in 1919, He was released from prison in May 1919.