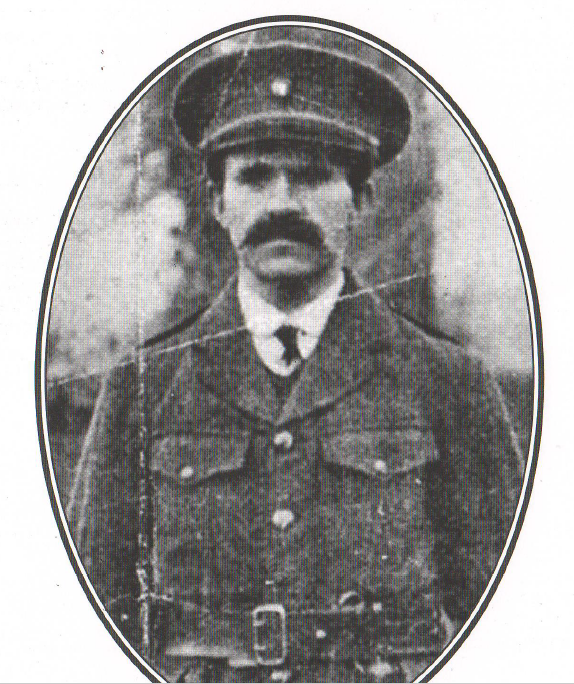 Frank Drohan (1879-1953) founded a company of the Irish Volunteers in Clonmel in 1913. He was elected Company Captain which numbered about 50 men. The Company was represented at O’Donovan Rossa’s funeral in Dublin on 1 August 1915. Like many ofthe Volunteers units around the country, Drohon and his men were confused by the order and countermanding orders relating to the Rising on Saturday and Sunday, 22nd and 23rd April respectively.

The Clonmel Company mobilised on Tuesday, 25 April 1916. About 50 of the Company travelled on foot and by bicycle to Rathronan, two miles outside the town in order to join up with Volunteer Companies from Limerick and Cork. After four hours of waiting in vain for the arrival of these Companies, they were told by a dispatch rider from Fethard named DP Walsh that McNeill had called the Rising off.

Although the Clonmel men dispersed that day, Drohan and others from the company were arrested on the following day.They were transferred to Tipperary town military barracks, to Richmond barracks, Dublin and eventually to the internment camp at Frongach, Wales.

After the death of Pierse lVlcCan in March 1919, Drohan became Sinn Féin MP for East Tipperary. He became O/C of the 4th Battalion of the Third Tipperary Brigade during the War of Independence.