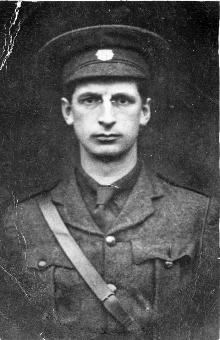 Eamon De Valera (1882-1975), Commandant of the Volunteers in Boland’s Mills during the 1916 Rising, has two Tipperary connections. He was appointed as a teacher of mathematics in Rockwell College in 1903 were he was first given the nickname ’Dev’ by fellow teacher, Tom O’Donnell. He also played full back on the school’s rugby team that reached the final of the Munster Senior Cup in 1905.

By 1906, De Valera had moved to a teaching position at Carysfort Teachers’ Training College, Dublin. Later, he taught mathematics at Castleknock College and Belvedere College, also in Dublin. He joined the Irish Volunteers in 1913, eventually becoming commandant of the Third Battalion and adjutant of the Dublin Brigade.De Valera’s second Tipperary connection was that he was sworn into the IRB (Irish Republican Brotherhood) by Thomas MacDonagh of Cloughjordan, one of the signatories of the 1916 Proclamation. The IRB secretly controlled the central executive of the Volunteers and masterminded the planning of the Easter Rising. De Valera and his men held Boland’s Mills on Grand Canal Street during the Easter Rising.

While his supporters maintain that he showed great leadership during the Rising, others maintain he broke down from a combination of lack of sleep and anxiety. Although sentenced to death, he was the only one of the main leaders to have his sentence commuted to penal servitude for life. De Valera was released under an amnesty in June 1917 and was elected President of Sinn Féinthe same year. He was elected to the First Dail in 1919 and took an eighteen month fund-raising trip to the United States during the War of Independence. He took the Anti-Treaty side in the subsequent Civil War (1922-23). He became leader of Fianna Fail (1926-1959) and later President of Ireland (1959-1973).